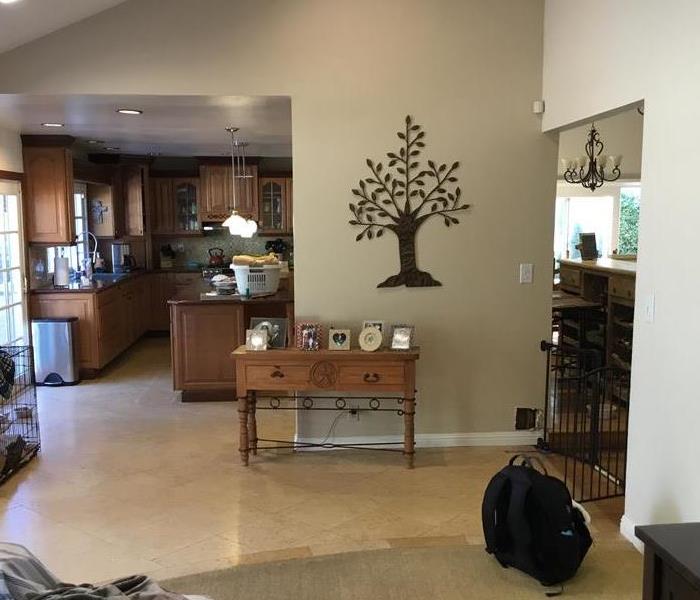 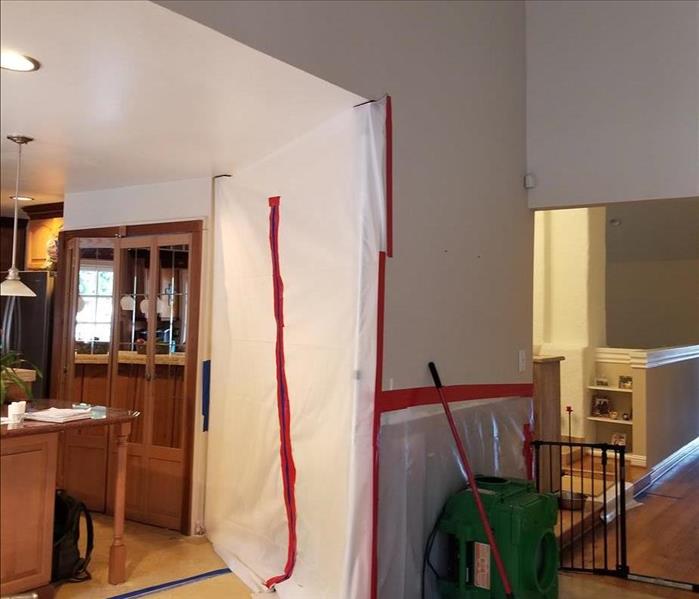 SERVPRO of Burbank received a call from one Chatsworth, CA homeowner who noticed moisture in her kitchen drywall and confirmed a slab leak under the kitchen was damaging the wall and tile flooring. SERVPRO of Burbank assessed the damage and after the leak was fixed set up dehumidifiers to stabilize the environment and prevent secondary damage. After opening up part of the drywall SERVPRO of Burbank found large amounts of mold and after setting up containment, removed the damaged drywall. We completed the job by cleaning and disinfecting the studs and replaced the containment.  This home was ready for their contractor to come out and finish the job. They were so thrilled they called SERVPRO of Burbank to help with this disaster!

View More Before & After Photos